Climbing is my happy place.

It is where I go to remind myself that:

I can do whateverthehell I want

It is where I go to:

Is it weird climbing is a place, not my hobby?

[I know I am boringly on repeat…(yawn)

How many times can I talk about what climbing is to me?

Meh, stick with my blog and you will likely find out…]

A few months ago the ex, the fudgsicle, wanted to meet up.

Why did I agree?

(Score 1 for the HOME TEAM)

Then he said, “Let’s do this again sometime. Let’s hang out. Let’s go climbing.” While my insides were screaming, “W-w-w-w-The-Fuuuu?” my outsides stupidly said “Sure, any time.” I didn’t meeeeean it. I thought it was one of those things you say when you say you should do some thing you have no intention of doing but at least you feel like you made the effort because you said you would think about doing it, even if you really know in your heart of hearts you won’t.

And it very nearly was that because I didn’t hear from the fudgsicle again until a month later.

In a month I did all of these things.

So there I was a month later with a man who hurt me deeply, made amends, and wanted to make a go at being friends.

So there I was a month later at the beginnings of something I fell headfirst into somewhere between his being 4 minutes late to our first date and muttering “Fuck it!” under his breath as he grabbed my jacket and pulled me to him for our first kiss on our second. ((swoon))

So there I was a month later…confuzzled.

I am fiercely independent and the past few years I came to know fully that my life is mine; my choices are mine; I ask no one for permission for the decisions I make; I owe no one explanations of my life.

The conversation with Mr. CouldTotallyBeMisterRight went something like this…

Mr.CTBMR: The guy you’re in love with?

(insert my correction: was)

Mr.CTBMR: Right, but you were. We aren’t together together but if we were then I wouldn’t be okay with it. (insert reasons why not; be creative!!)

So there I was a month later…still confuzzled.

I did what any fiercely independent person who doesn’t answer to anybody would do: I went climbing with Sir Fudg-A-lot.

Climbing is my happy place.

It is where I go to remind myself that:

I am awesome, strong, sexy, and beautiful

To clear my head, strengthen my heart, and fight my doldrums

Climbing wasn’t any of those things that day. I didn’t want to be sexy or beautiful. I wasn’t able to clear my head. All that was running through my head were the protestations of friends that the fudgsicle was not interested in only climbing, in being friends, but wheedling his way back into my life.

Mr.CTBMR: You want to see him. Why else did you see him the first time? The second time? This time?

(Climbing into the Honesty Tree)

There I said it. I want him to want me so I can reject him.

(Wow, I guess I’m not so forgiving and loving after all)

I want to move forward, not backward. We were not friends before we met. He did not treat me friendly while he was deciding whether or not I was worth it. I will survive the loss, such as it is.

The choice is mine.

The decision is made.

I ask for no one’s permission.

I owe no explanations.

I will climb tonight and I will go back to my happy place.

I will be awesome.

I will be strong.

I will be sexy.

I will be beautiful.

I will climb clear-headed.

I will find strength in my heart.

I will chase away the doldrums.

(I will climb like a cow; a sexy cow) 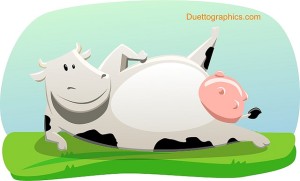 8 thoughts on “I Just Want To Climb”