My screening process is relatively simple: 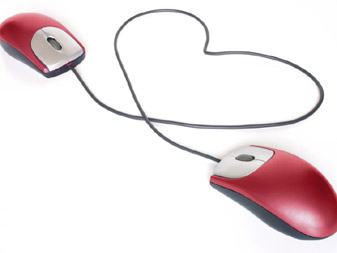 I’m on-line the other day looking through my daily matches, clearing out the messages from guys I’m potentially interested in and guys suffering from one or all the above and up on the screen pops a message:

(insert douchey screen name) wants to chat with you

I click on the box to see what DoucheyScreenname has to say and wait for the chat window to connect properly. He messages that he thinks I’m pretty, likes my profile, thinks I should message him back if I’m interested but also if I’m not interested so he doesn’t waste his time. All of this being perfectly reasonable, I continue to wait for the connection.

Boy, was I wrong. Before my computer even had time to tell me the connection failed he wrote again. This time to tell me that he thought I was pretty shitty for not being mature enough to send him a message and let him know that I wasn’t interested. I’m just another stuck up broad and it is “sooooooo rude” to ignore him.

Connect already, computer!! I was frantic to reply to this guy.

Now that does it, Asshole…I found his profile and sent him a private message.

On the off-chance that I were interested in entertaining you as a potential match your persistent douchebaggery made me reconsider. I can not apologize that the delay in contacting you was related to my computer failing to properly connect as it saved me the trouble of rejecting you by doing it for me.

I am contacting you now to let you know that I am concerned about your quest for a love-match. It is obvious that you do not know how to speak to a lady in whom you are interested and I worry that you may attract the wrong type of woman with this approach. I do not think you should communicate with human beings until such time as you learn how to be one yourself. Best of luck.